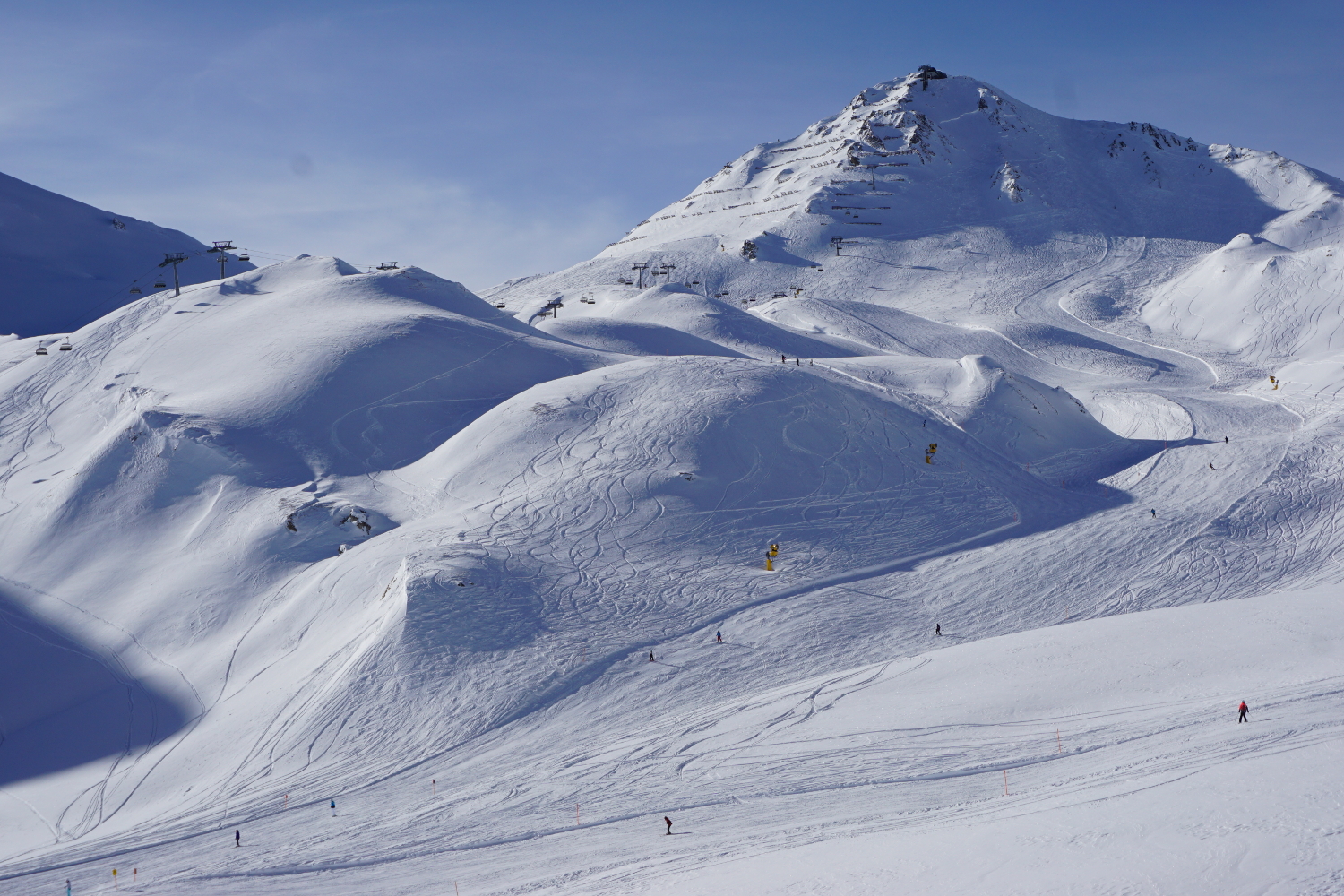 pop quiz: the lyric above is from what song and artist? clue: cute, monster like young lads take us to outer space.

Although Ski Dimension is a very popular Ski Resort with Europeans, it is not really known as Ski Dimension. All the signage and tourist information calls it, very literally, Serfaus-Fiss-Ladis.

Serfaus-Fiss-Ladis is billed as a family friendly ski resort and is located at the Western end of the Austrian Alps in the Tirol. If traveling from the Innsbruck direction it is the valley before the Ischgl turn, before you get to Saint Anton – giving it very good ski and snow credentials.

We spent a couple of half days at Ski Dimension when we were based in Oetz. Despite our reservations over the ‘family friendly’ nature of the ski resort, thought it warranted further investigation. The piste map shows a very large ski area; including some challenging blacks and marked ski routes. So we booked to stay for three weeks one January.

We were extremely lucky; the snow conditions were awesome. Locals reporting them as ‘the best in a generation’. Perhaps down to the family nature of the resort, it doesn’t get off to a particularly early start. The main lifts are not scheduled to open until 9.30am. When we were there, they were often not open until gone 10am. The Pisteurs ensuring the ski areas were clear of avalanche danger; no complaints from us!

The amazing thing about Ski Dimension resort, from our point of view, is that there isn’t a queue of ski bums and boarder dudes waiting to track out all the easy off-piste. Go to a ski resort like Chamonix and, unless you are up with the larks, by the time you get to the snow, all the easy powder fields have been skied out. In Ski Dimension you can find deep, fluffy, virgin powder, just off the side of the piste, days after new snowfall: So we did!

Despite the family friendly listing, the resorts also has some of the longest, steepest black pistes we’ve come across. Mayrhofen may claim that Harikari is the steepest in Austria. But Ski Dimension boasts several long pistes in the 65o to 70o range. Because they are so much longer, they are very much more committing!

If you don’t want to miss any of my blog posts on the latest ski offers, news and information, make sure you sign up for Ski Alerts. We will not share your data with others and will only send you about 2 emails a month.